There is an Engineer in Every Girl

A thought on women in semiconductor engineering

From an early age, we are all taught that boys build stuff and girls make things prettier. Perhaps unintentionally, and perhaps not every time, but nevertheless this is what we learn!

Stereotypes that hold that men are stronger or that, in order to be an engineer you have “to get your hands dirty” usually push girls away from the idea that one day they could become engineers.

If you ask me, the truth is much simpler. There are tough work environments in any job field wherever you go. The key is to love what you are doing and to find your drive to keep going even in tough times.

At the age of eight, I fell in love with art and dreamed about being an architect. I always loved watching how things were built and analyzing the process of creating a masterpiece. On the other hand, I could not let go of the fact I was really good at math and physics. So I took a risk and dedicated my studies to science.

There were many possibilities and many areas in engineering that looked challenging, but I did my master studies in electrical engineering, in the area of electronics. This field is very much related to my passions. I looked at electronics as a field where, by designing a chip, you design a micro-world, made of electronic circuits, devices and integrated circuits with multiple active components, just as an architect designs great buildings and skyscrapers. 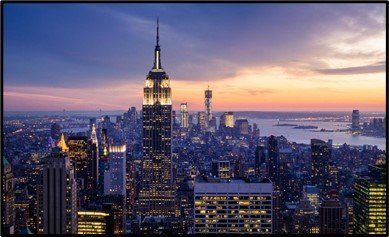 Either being an engineer or architect in designing any structure, be it large and prominent or invisible to the eye, you have to turn your idea into a plan, write it down, sketch it out, and then find a way to make it. And I realized I made the right choice. Electrical engineering is all about creativity. The whole area of engineering is about designing, making, running, solving problems and servicing things that people need.

I got my first job as a verification engineer three years ago, after finishing my bachelor’s studies. Being analytical and determined by nature helped me to step into the world of verification and to start exploring and honing my technical skills.

Before any design is physically brought to life in a semiconductor factory, and while it is only written in a hardware description programming language, it needs to be properly verified. Verification implies building a fully working test environment for a given hardware design. A verification environment (VE) creates stimuli, all input possibilities for which you want to test the DUT (device under testing); the VE collects the output and validates it, checks if the anticipated results are the same as actual results. These tasks are split between different components inside the VE.

What I learned as Vtool verification engineer

This means that after finding a bug, the engineer can have an idea about the possible source of the problem. A verification engineer also has the responsibility to contact the designer to fix the problem in the DUT.

Developing my verification skills taught me a lot of other lessons that I could apply in my private life. I became more organized. Planning and defining tasks in a project is crucial, and it can save a lot of time and money. I leaned to be patient. Sometimes, depending on the size of the DUT you are testing, finding nasty bugs and building critical corner case scenarios can take a lot of time. I also realized the importance of being bold. You will talk directly to the customer-designers, and most of the time it is not easy to report to a person that he or she was wrong and has a bug.

My creative side also played a part. As I gained experience, I started to identify patterns to speed up the building of a VE, and I found new ways to upgrade an existing VE. One other thing my mentor at Vtool taught me is that in order to see and experience new things in life sometimes you will have to think outside the box and in a totally different way than you are used to. Of course, there are plenty of methodologies, patterns, algorithm skills that I will still learn in the future, but for now I think I am headed in the right direction!

Within the company, we are also developing a verification tool that leverages visual power to cope with all verification related data: Cogita.

Cogita displays the textual log files of simulations as a storyboard, providing a visual map of a test flow. It then adds the RTL signals waveform to be displayed in one image, parallel with the log messages on the screen. An engineer can visually track each element in their verification environment and see abnormality invisible in a text file.

Making an impact on SoC verification with Cogita

Listening to my mentor’s advice and following my “proclivity” for building pretty things, I found a way to contribute and help Cogita develop more as a product while strengthening my technical skills. Visualization is one of the key powers of this innovative tool, and as a girl with a natural predisposition to observe and visually analyze everything, I began to develop new ideas for improving my skills, and this started to inspire and challenge me. Working with Cogita intensively on my verification tasks, I was introduced to new areas in programming. What are they? Well, you will have to be patient and wait for a new and bold blog!

There are unlimited ways in which we can grow, professionally and personally. Each day we can try to look at things from another perspective. Who knows where that can lead us! One thing is for certain, if you have a passion to learn new things, then the sky is the limit for any passion you decide to pursue. 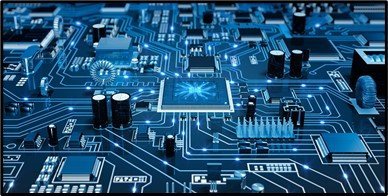 We will get in touch soon.